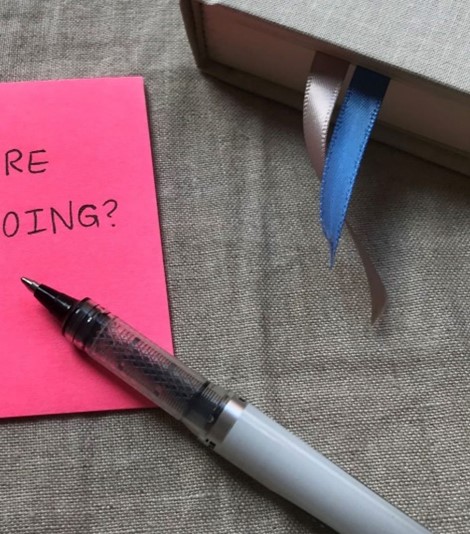 Most writers-poets in especial-prefer having it understood that they compose by a species of fine frenzy-an ecstatic intuition-and would positively shudder at letting the public take a peep behind the scenes.”
– Edgar Allen Poe

I’ve been re-reading Austin Kleon’s excellent book on creativity, Show Your Work! where he explains that audiences care just as much for process as product. Everyday, he says, the creative should try and find some small snippet of their creative process to show to their viewers. It’s a vulnerable sort of putting things out there that helps the creative develop and connect with other creatives. It doesn’t have to be a perfect piece of art. In fact, the point is to get used to showing works-in-progress in all their messy glory.

That’s a major part of my goal with this new version of the website. I wanted to create a dynamic space where I can practice showing a little snippet of my process every single day, to develop that muscle of putting my creative work out on display. So without further adieu, here is a flawed and messy draft of the ending to a post-apocalyptic sci-fi short story I’m working on. The original text was written on a single sheet of blank paper on the Metro E Line. Text is as follows:

I’m in hiding now. Back in the Sekkie district. My sister took me in, which is uncommonly gracious of her, since I never once bothered to check in on her or mom after they brought me to the Campus. I pass the time here helping with housework, playing with her children–my nephews and nieces–and catching up on things that happened after I left.

“It was really bad the first few years,” she says, cradling Benjamin, the newborn, as she rocks steadily in her chair. “The Possessed came and came and wouldn’t leave, it got so bad that Dominion built a permanent garrison out here and filled it with ekballists. But they couldn’t help with the cold. That’s what took mom in the end. Not the raving demon-haunted lunatics, but wind chill.” Benjamin spits up a bit on her shirt, and she wipes it away with his bib. “Did you know they say the world’s cooled by several degrees since the Veil lifted? Before, they said the whole planet was going to overheat. But the planet didn’t just reset after it happened, it moved in the opposite direction. I think that’s a sign of how few of us are left.”

There’s sound from outside. She stops rocking. My sister stands up real quick, hands Benjamin over to me, and moves over to the window, silent as a wraith. Lifting a slat, she peers through the reinforced plexiglas. There’s nothing out there, but that sets no one at ease.

We’ve never spoken about it directly, but I suspect she knows. Long-lost sister shows up at your doorstep after years of working for Dominion and says she’s in danger and needs to lie low for a bit? It doesn’t take much to put it together. Before, she only had the Possessed to worry about. Now there’s Dominion as well. That’s on me. I asked her once if she minds that I’m here, that my presence puts her family in danger. All she said was, “now’s your chance to be a damn good auntie.”

Sometimes, we go to church together. I was surprised that there were churches out here at all, so close to the Shadowlands and far from Dominion’s seat of power. These folks have nothing to gain from pretending to believe, but my sister says there are quite a few churches out here, and not a single one is aligned with Dominion. The Faithless are apparently quite faithful.

I’ve gone with her a few times. It’s a matter of courtesy. My heart’s “not into it” as they say. I’m “going through the motions”, she chides, like she’s a Dominion prophet. Never once have I felt anything, except this one time when my heart felt like it was about to burn up, but that went away eventually.

I’ve never believed in Dominion, nor the hierarchy they created that confines people like my sister to the Shadowlands. I cannot in honesty say that I believe in God, at least, not their version of Him. But what I do believe in is Quentin: he had everything–a good job, a family, comfort in his position at Dominion–yet he gave it up to save me. If there’s one thing I do believe in, it’s Quentin’s sacrifice.

I suppose that’ll have to do for now.